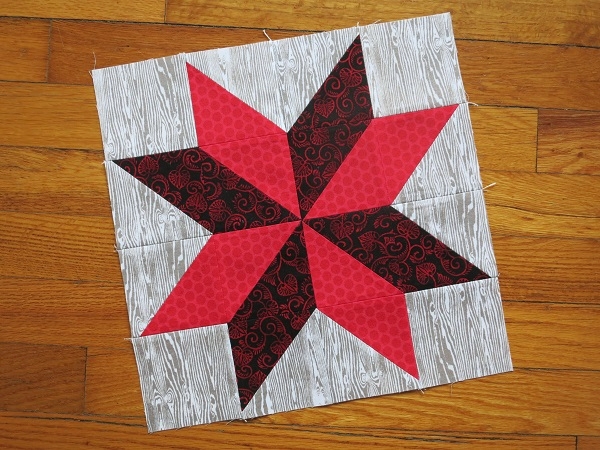 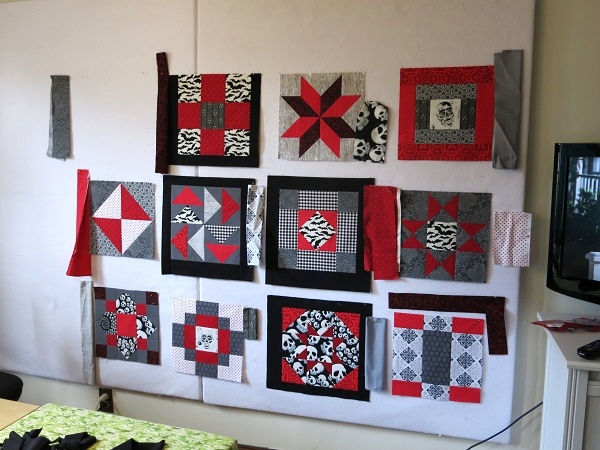 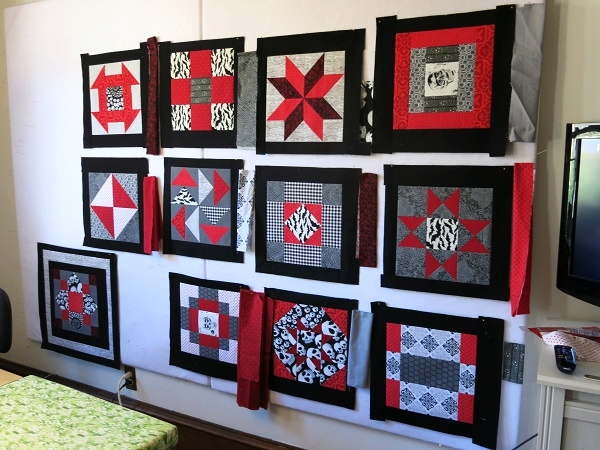 Since I didn't have a backing for the improv curves quilt, I decided to spend the rest of my vacation working on a new quilt. I've made several quilts for my friend Karrie but this time, the request came from her husband Mike.

It was so funny...Karrie and I were looking at a stack of my finished quilt tops and Mike saw my Modify Tradition top. He said that he "really liked the shapes". I told him I'd finish it and give it to him but I could tell there was something he wasn't asking. When I pressed further, it finally came out that he really liked the quilt that I made for Ian when we first started dating, especially the colors: black and red with skulls. But since he liked the "shapes" of the Modify Tradition quilt so much, he wondered if I could re-make it in different colors.

Of course! So, that's what I've been doing. Lots of black and skulls and bats going on over here. It was fun making some traditional blocks too. It's been a while. So long that my 1/4" seam is off and all my blocks came out a tad too big. But that's alright since this layout is great for too big/small blocks.

Each block is sashed in black, then a print, then black again and squared up to 22". In the last picture, you can see a finished block on the bottom left.

By the end of my last vacation day I had 7 finished blocks, 6 of them sewn together into a half a top. Not too shabby!