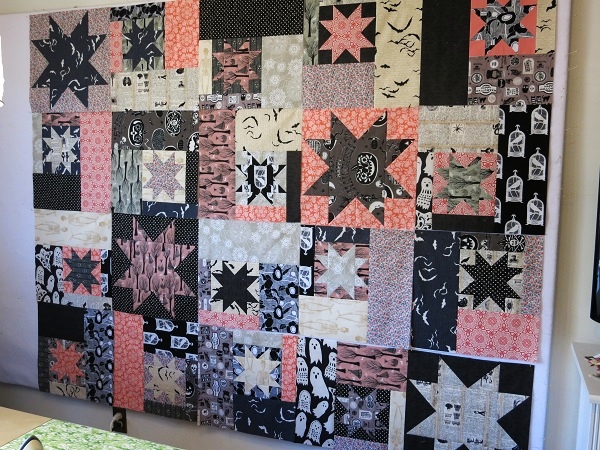 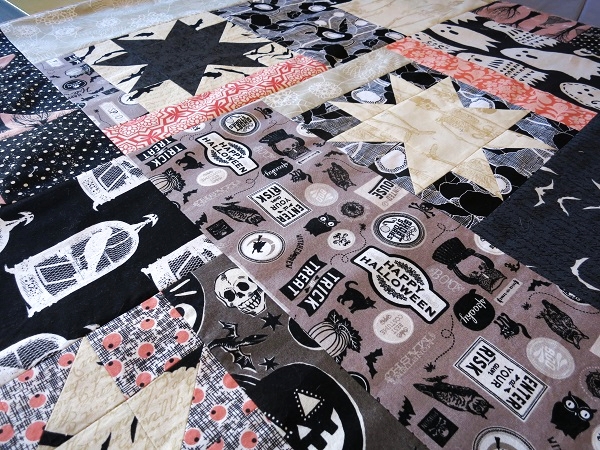 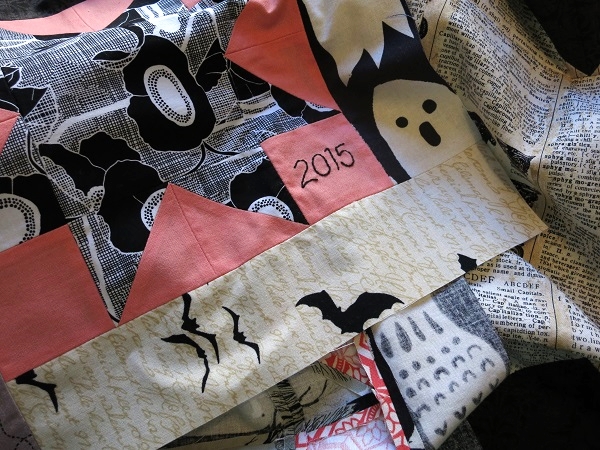 My Halloween Sparkling Cider quilt top is finished! I really love how it turned out!

I also finished the backing which is an even greater accomplishment. One of the reasons I don't finish more quilts is because I don't make a backing right away. It's my least favorite part of quilting and if I put it off, it never gets done. I have SO many quilt tops waiting for backings!

Since I was at a good stopping point last night, I worked on my Moonrise Kingdom blocks for a little while. Since I received all those beautiful plaids and ginghams last week, I've been thinking about making another row of blocks for the quilt so I can use some of them. That would push this quilt up to at least 84" square

A quilt has to be very special for me to want to go all the way to queen-sized. It's just such a pain to make something that large. Actually, I might not even have space to baste something that big! Maybe in the living room?

Anyway, this quilt just might be that special. Plus, Ian hates it so it would be fun to have it on the bed all the time.

Next weekend I'd like to baste my HSC quilt and the Skull Sampler quilt. I have no idea how I want to quilt either one but at least they'll be ready to go as soon as I decide.

We've had some nice weather lately but I think that's over. I've been enjoying the end of summer flowers mixed with early-falling leaves. It's a lovely time of year! 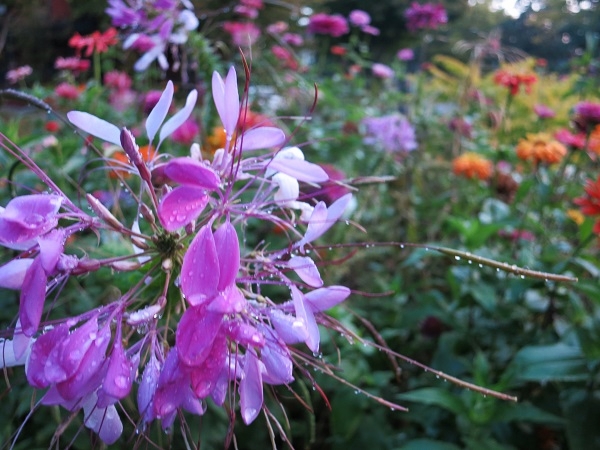 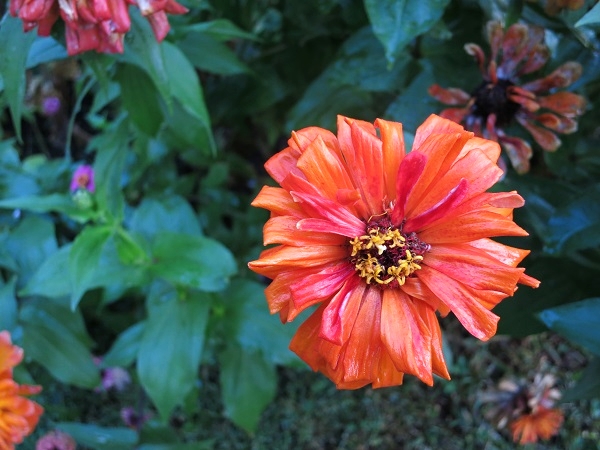 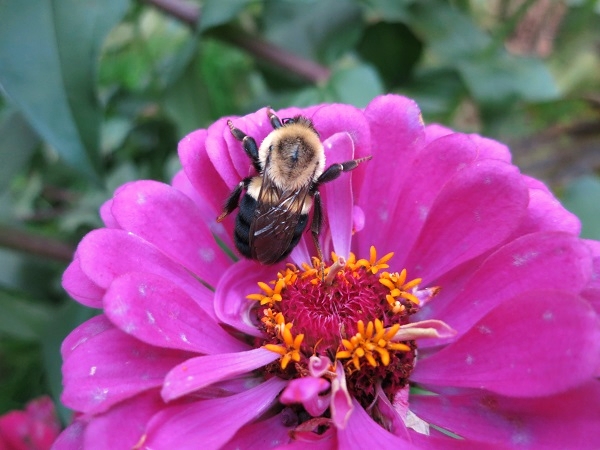