While I was waiting for more orphan blocks to arrive, I decided to try out my curvy batik block idea. Lynda sent six of these blocks which will be more than enough to make an entire improv quilt top. 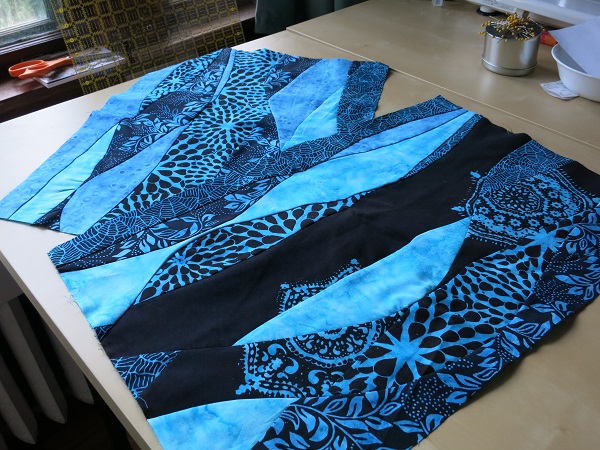 I went through my stash to find solids that would look good with Lynda's bright fabrics. I found a few blues and also added grey for contrast. I was originally thinking about a super light blue background but I love the inspiration quilt so much that I decided to go with white. 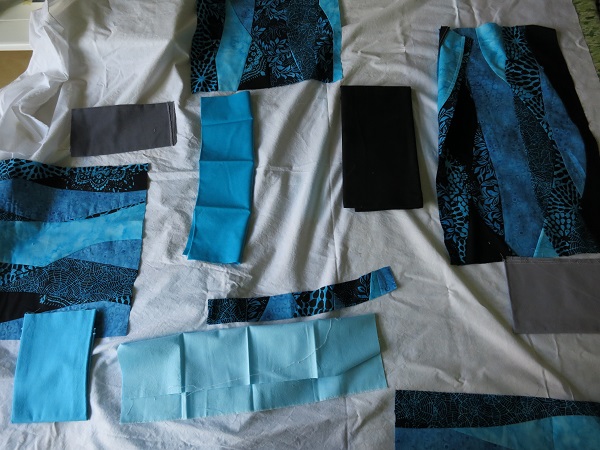 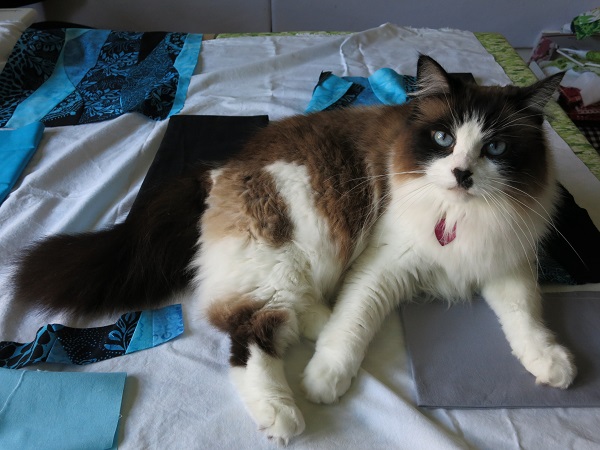 Lynda's blocks are rectangles with straight sides. I wanted the new blocks to have at least one curvy side so I removed one or two curves from each block and replaced them with a strip of the background fabric. The curves I removed will be sewn to a background fabric and will become new blocks/improv pieces.

This is my very first curved seam ever: 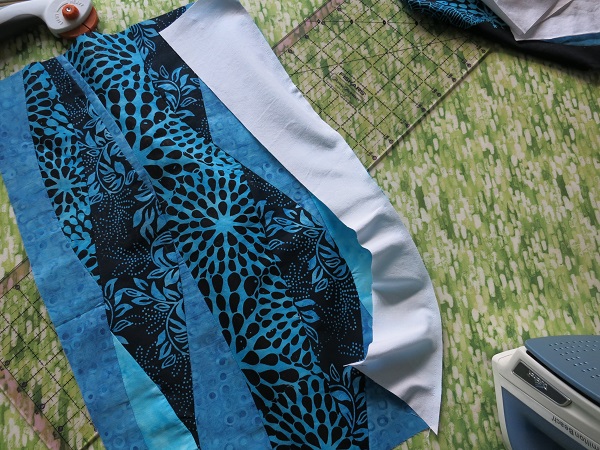 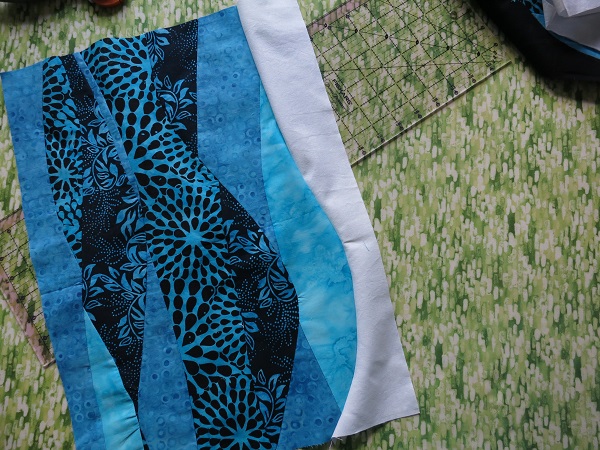 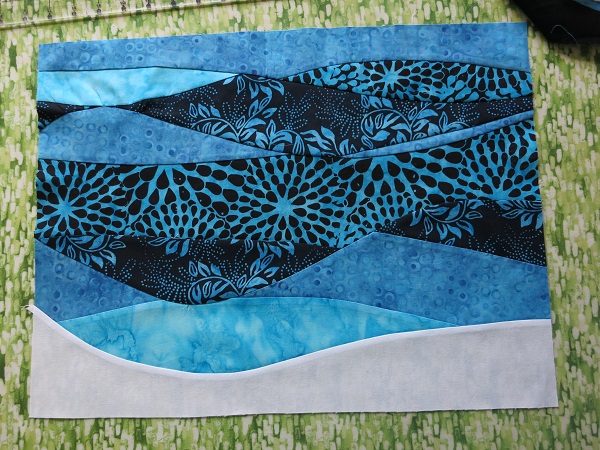 I used this tutorial from Red Pepper Quilts and it worked like a charm!

Once I had the curves swapped out, I trimed the block to be square-ish and added background fabric to the other sides. The leftover pieces became smaller square blocks.

Here's where I left things...what do you think? 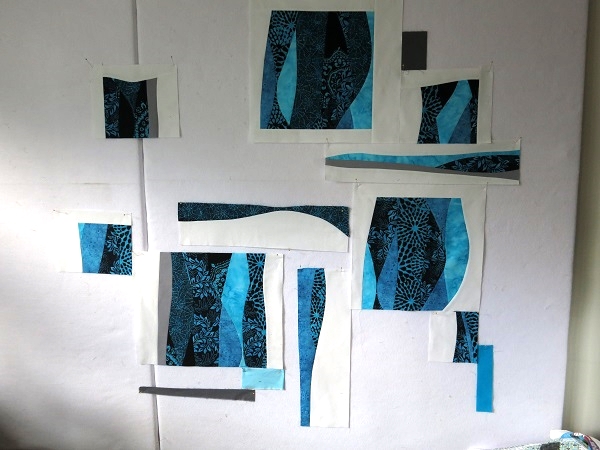