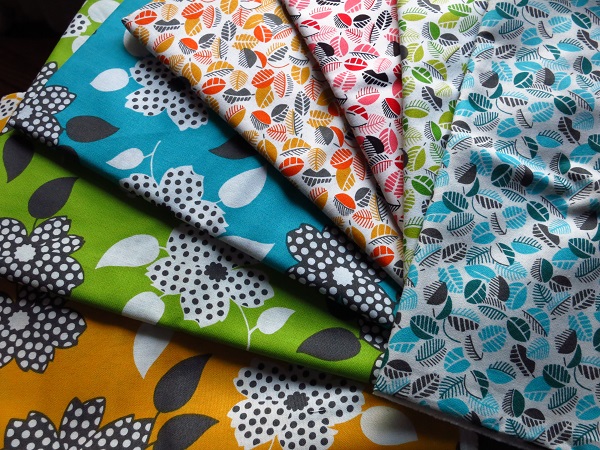 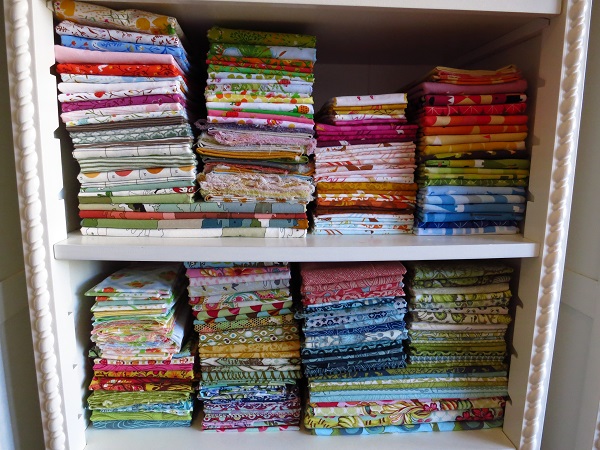 I've been on a fabric diet for...gosh...well, since I ordered a few Far, Far Away reprints last summer? I don't know...it's been a long time. And before that, it was also a long time.

My point is, I realized one day that I have too much fabric. I don't normally believe that too much fabric can be a real thing. But when you're not sewing AT ALL...well...it begins to feel wasteful to keep ordering more. It also made me feel bad to look at all that pretty fabric and not sew with it. Hence the diet.

But, now that I'm back into quilting and have finished up nearly all of my unfinished quilt tops, I feel like one teeny tiny fabric purchase won't hurt anything.

It all started with thread. I'm almost out of the cotton thread I usually buy at JoAnns. And I don't really feel like going to JoAnns right now. And then I remembered everyone was going on about Aurifil thread years ago so I decided to buy some and see how I liked it. And while I was buying thread (at Hawthorne Threads), I remembered that one particular fabric had caught my eye within the last few months and so I bought just a few half yards of Mimosa by Another Point of View.

So, anyway...this will tide me over for quite a while. I won't need anything new until my stash is significantly reduced. It's actually more fun that way, I think. Maybe one day soon I'll even cut into my most treasured fabrics! Maybe...