It's been hot, like, muggy, can't move, can't eat, can't sleep hot. I spent the weekend moving slowly around the studio, trying to declutter. While I was gathering everything together for sorting, I found two things I had forgotten about: an old paint by number and a box of fabric scraps. 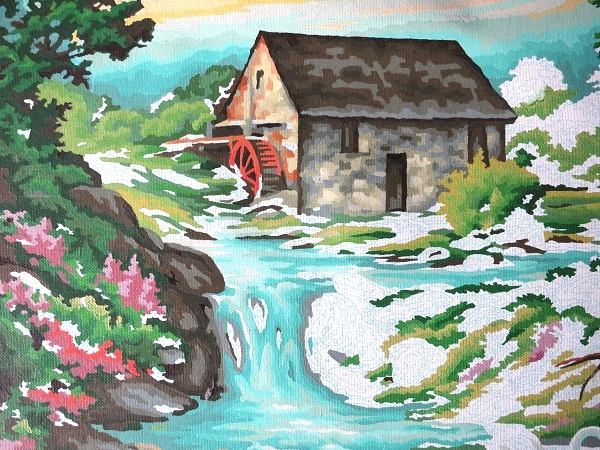 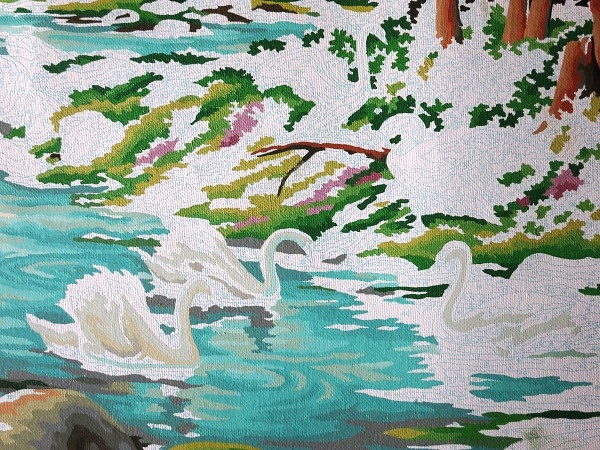 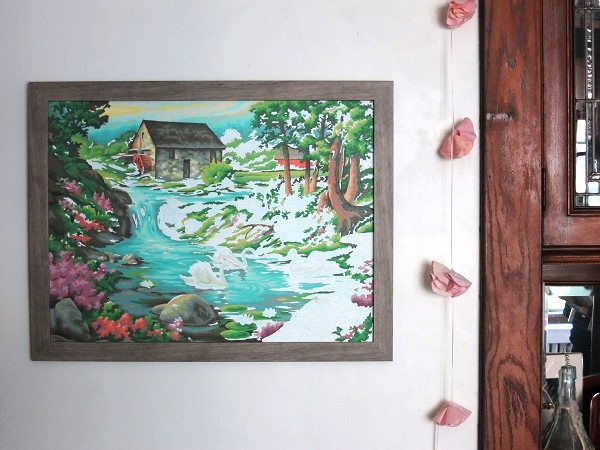 Marie says to keep only things that bring us joy...which is why I've held on to this paint by number for so many years. I spent an entire summer one year when I was in junior high painting that thing. It was SO fun! I love that stone house and the colors of the pond and sky. It's so silly, this painting...it's not even finished. But I love it so, so much. It makes me smile whenever I look at it. So, rather than put it back in storage, I bought a frame and hung it up in the studio where I can see it every day. 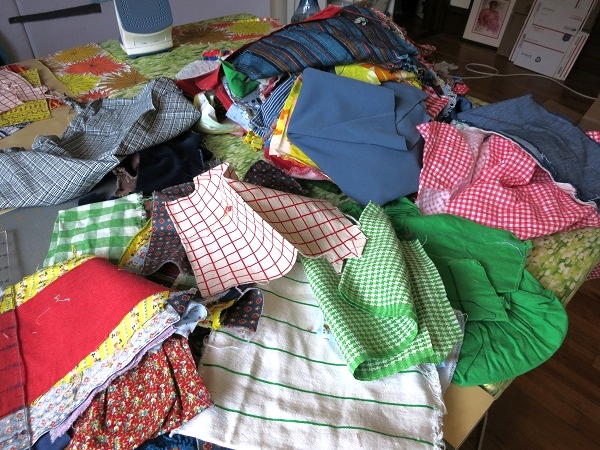 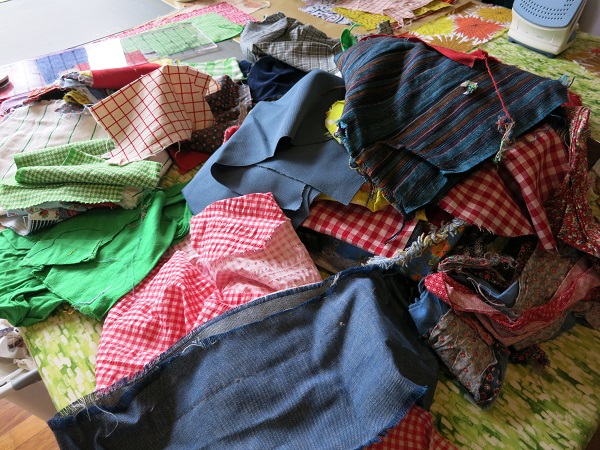 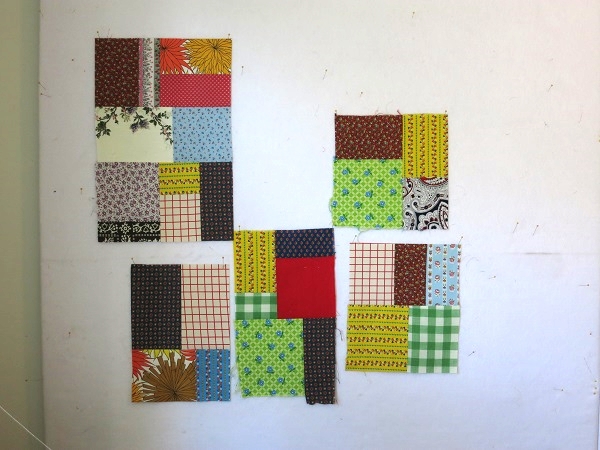 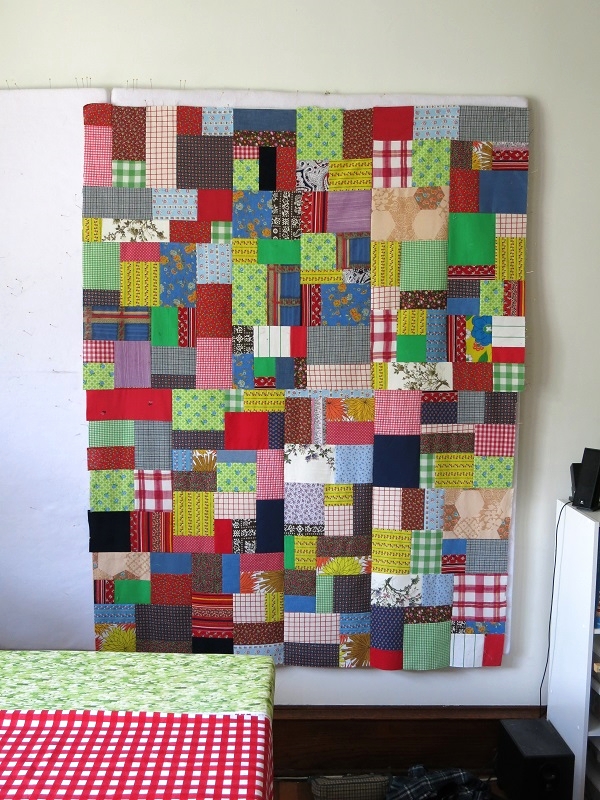 And the box of fabric. That box has been in my studio for years, taking up space. It's filled with fabric scraps that my uncle found in the attic of his childhood home. Some of it was cut up into squares so I know whoever it belonged to was a quilter. Which makes me think it's my great grandma German's quilting stash. How cool, right?

Only, there are a lot of synthetics and a lot of...well, not very "Crystal" prints and colors. But I can't just get rid of them, especially since they might mean something to someone in my family.

Which is why this box sat around for years...I don't want to sew with these scraps but I can't get rid of them. This weekend, though, inspired by Marie, I decided to finally sew them up and throw away whatever was left over.

So, I did! And it feels great! This quilt top is UGLY...but in a good way, you know? I'm going to back it with red gingham and send it to my aunt to keep at the lake. Every cabin needs an ugly "lake quilt". It's tradition...it's something her grandchildren will remember about spending summers up there. Plus, since the fabric is from her grandma's stash, she might recognize some of the prints.

So, for a hot, lazy weekend, I managed to get quite a bit done. The studio still isn't decluttered but I'm one box down already!
Labels: drawing and painting quilt tops