I know most of you don't live in England, Italy or Spain...but just in case you do, I have to tell you about the Propeller Theater Company, currently on tour (all the way from a little town called London, England).

You all know (although since I don't talk about it much, you probably don't really know) that I'm a huge fan of live Shakespeare performances.  I think I've seen just about every Shakespeare play that's come to town in the last couple of years including one at the Globe Theater when I was in London.  I'm certainly no Shakespearean scholar but I do enjoy a play, whether it be of purist or modern interpretation.  I try not to find out too much about a production beforehand...I really love discovering its secrets as the play goes along.

It was with such a mindset that I saw Propeller's The Taming of the Shrew.  As such, I was absolutely not expecting (yet absolutely thrilled to discover) the beautifully crafted and oh-so-intoxicating interpretation of this play as performed by the boys of the Propeller Company.  I find myself absolutely heartbroken that they're not a local group...they have completely stolen my heart and deservedly so. 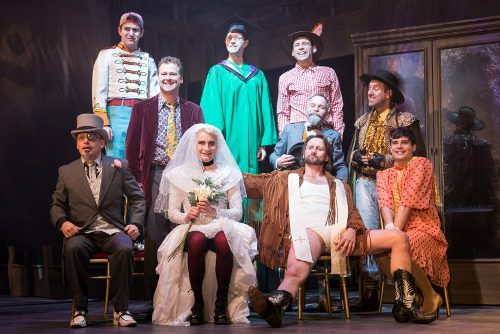 Propeller is an all male Shakespeare company, dressing as men and/or women as the roles demand.  Sometimes they even play men dressed as women dressed as men!  Not only are they superb actors with amazing physicality and timing but they play instruments, sing and are all, omg, so totally cute!  In addition to cuteness (which, is obviously v. important) they offer an interpretation of Shakespeare that is inclusive and welcoming.  I saw Twelfth Night once and The Taming of the Shrew twice...and each time felt like spending the evening with all my dearest friends.

Would you mind if I shared a few thoughts, a few fleeting moments?  As is commonly done in the Forest of Arden, I too shall hang here my verse, in witness of my love:

To start, Ben Allen was simply stunning (not to mention drop dead gorgeous) as Olivia.  One moment under his commanding yet vulnerable gaze...well, were I Viola, the play would have had quite a different ending.  If you're interested, he's written a thoughtful essay about what it's like to play a woman on stage. 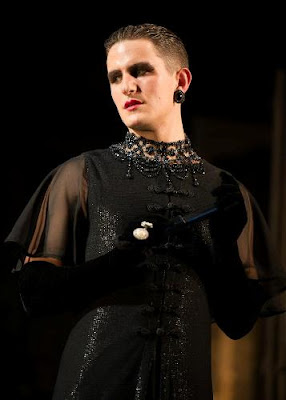 Praise for his other role as Lucentio's servant Biondello is harder to put into words.  Let's just say that if there were a play called "Biondello" (staring Ben, of course) that simply followed Biondello around town all day, doing whatever he does in a normal day, which I'm not sure is much of anything besides being a servant  which, according to the play, seems mostly like a lot of standing around and conveying a few messages, I would pay almost any price to see it.  I'm absolutely 100% not kidding...someone needs to write that play!

In Twelfth Night, Joseph Chance played a charming Viola/Cesario.  Watching him (a man) play a woman who is disguised as a man gave so much depth to the character and, really, the whole play. 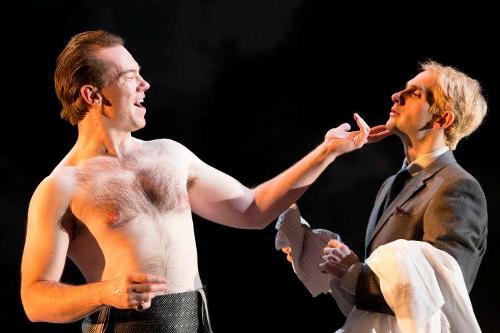 Orsino likes Cesario...probably just as friends?  Or perhaps more than just friends?  Who can even know...but the point is that he likes him and once he finds out he's actually a she, he's excited that he can totally date her.  But what was stopping him from falling in love with her when he thought she was a man?  He/she was the same person all along, he/she had the same thoughts, feelings and personality.  There's so much to think about here, mainly due to the modern (yet oh so traditional) casting of a man playing a women.

So, Vince Leigh as Petruchio...I just have to say: what an ass!  And also, what an ass!  (I hope you all caught my double meaning...it was quite clever.) 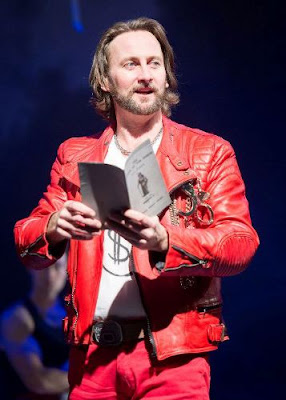 I don't especially want to talk about domestic violence right now but I would be remiss if I didn't point out Vince's absolutely spot on performance.  It's disgusting to admit but when (Vince's) Pertruchio is at his most charming, even knowing what he is, he's intoxicating.  I saw this play from the front row (much, much too close for comfort) and could feel (almost physically) the magnetic duality of attraction and repulsion.  It's always bothered me that Taming of the Shrew is a "comedy" when it is so obviously not.  It's funny, really funny at times but as Vince and the rest of the cast so brilliantly makes clear: this play is cruel and disturbing and really, really powerful.  My stomach still hurts when I remember Vince's blistering stare during Kate's final speech. 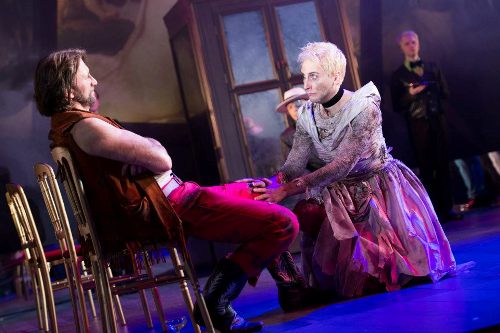 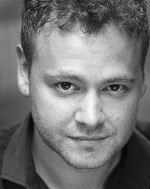 Gary was funny, not only as Maria but, my favorite, Hortensio...well, Hortensio disguised as Bianca's music teacher Litio.  I laugh every time I remember his reaction to Bianca reaching to touch his guitar.  I've already used his line a couple of times in casual conversation...I think it makes me even more charming. 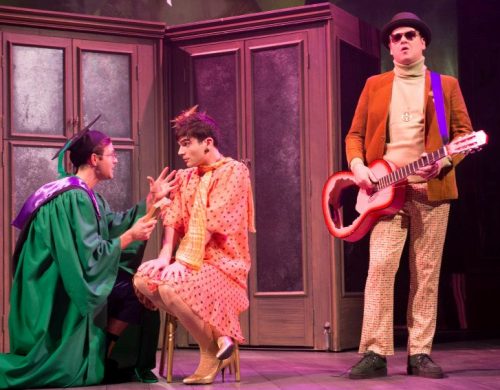 And speaking of Bianca!  In Arthur Wilson's capable and demurely gloved hands, Bianca is kind of a B.  Such expert fake crying and flipping of the bird!  She's got sass and a couple of really mean lines...not at all the sickly sweet Bianca I was expecting.  I loved her and Kate's sisterly fights!

During intermission, the cast sang a few songs in the lobby, partly as an excuse to show off more of their many talents and partly to raise money for Target Ovarian Cancer.   They kind of rocked my world a bit...especially during Brown Eyed Girl because, you know, I have brown eyes and they were obviously singing to me.

And finally, forgive me for playing favorites but Dan Wheeler as Katherine was magnificent.  I still find myself tearing up while thinking about Dan's performance.  In the beginning, Kate is shrewish to be sure...but she in no way deserves the abuse she suffers at her husband's hand.  When not stomping, slapping or being otherwise curst, Dan plays the part with such subtlety.  I sat amazed watching the simple motion of his hands wringing the skirt of his dress...first with awkward uncertainty, later with desperation. 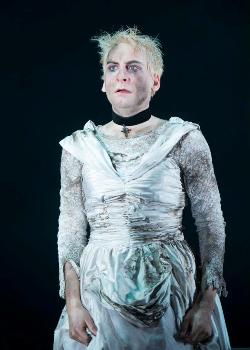 I still feel sick when I think about the physical (and, of course, the not so physical) interactions between Katherine and Petruchio.  I'd never given any thought to how an all male cast would change the feel of a play.  In the past, I've always sensed some aspect of "stage fighting" between men and women, no matter how good the actors.  The fault lies with me, I'm sure...I cannot suspend my disbelief.  But watching Vince overpower Dan, restrain him, throw him to the floor...it was just so absolutely real.  I waited for Dan to look at the audience as Katherine fell, to plead for their help or condemn their inaction with his eyes.  But he would not.  He stared at the floor, broken and alone.  I've felt such heartache since then...for her, for him, for everyone afraid to seek help, for those with no help to seek. 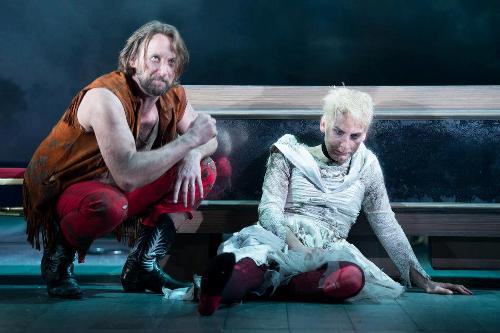 I've had this post written for a few days but I'm having a hard time bringing it to an end.  I've felt such a range of emotions since first seeing these plays and my simple words cannot do either justice.  It's hard to imagine there will be another play by another company of players that will speak to me as these have.  But even if the Propeller boys have ruined me for all other plays, I'm so thankful for the tiny bit of fate that brought them to me for this brief moment in time.

And now that's all one, our play is done.
Labels: theater