Check it out, you guys! I finished the first two flowers for my Grandmother's Flower Garden quilt. 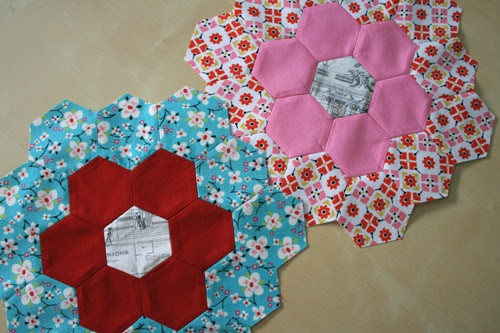 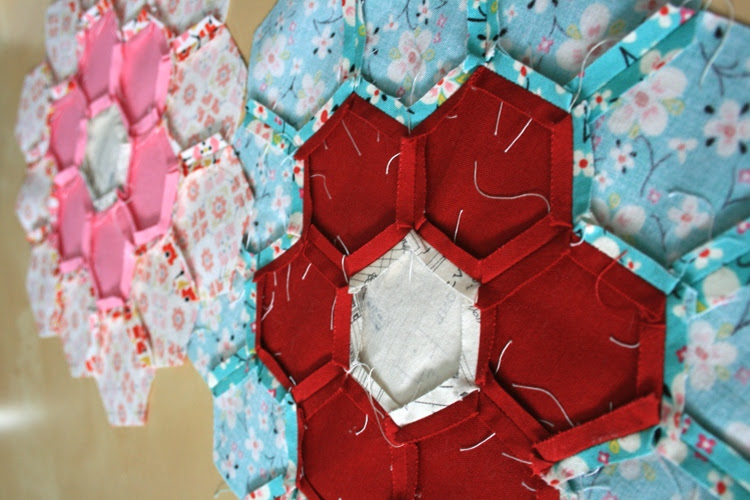 But then I fliped them over and they looked just like they were supposed to! Hurray! 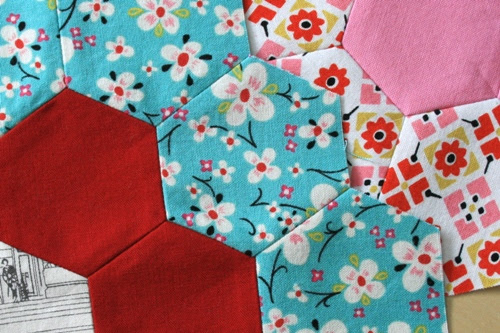 It took me about 2 hours to cut, mark, sew and iron each flower. Not bad considering how long it would have taken me to sew one by hand (hint: forever!). I also think, with a little more practice, I'll be able to sew them better and faster. I'm still nervous about making an entire quilt but I'll think about that later...much later.